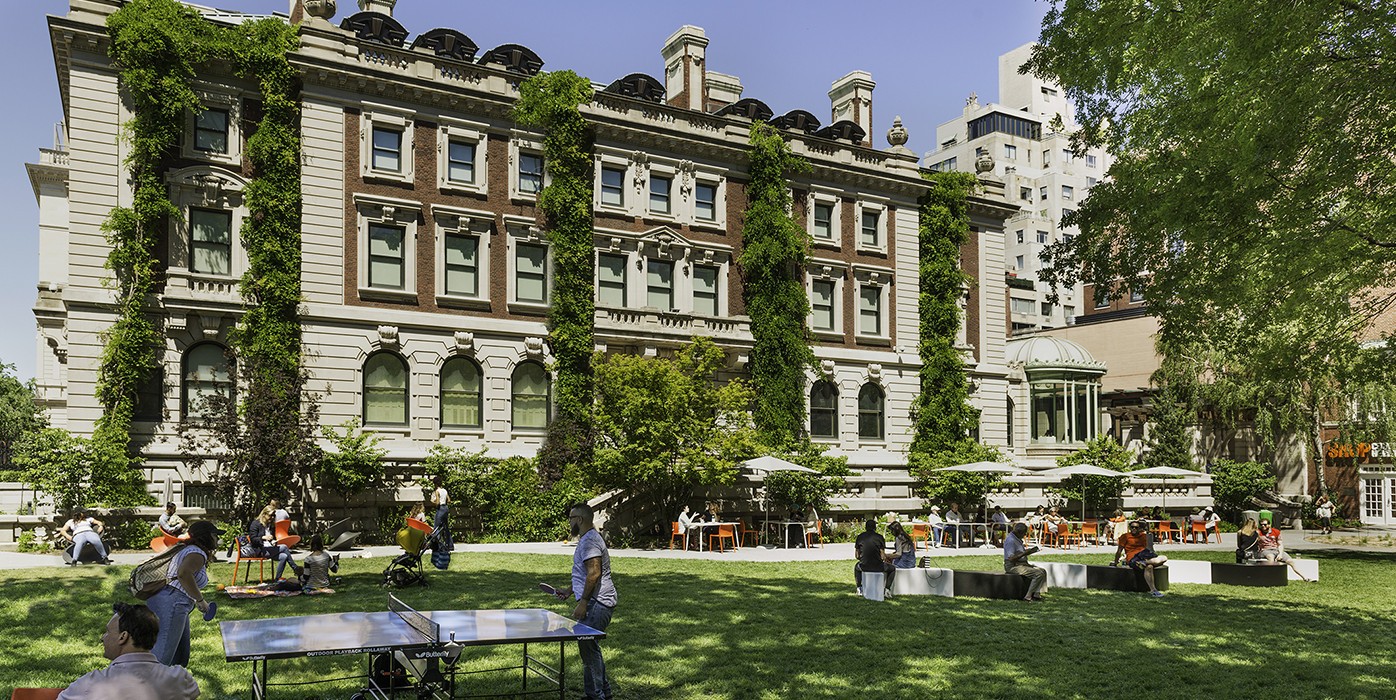 The Cooper Hewitt Museum was founded in 1896, and moved to its current location at the stunning 64-room Andrew Carnegie Mansion in 1970. Since then, the institution has asserted itself as one of the world’s premiere design museums with a collection of over 200,000 pieces that span 30 (yes, 30) centuries. Following a three-year, $89 million renovation completed in 2014, the museum (which is part of the Smithsonian Institution) reopened to great acclaim with an incredible variety of exciting, modern features. Fortunate residents of the Extell Development homes at The Kent will find themselves only steps from one of the best museums in the city. Read on to learn about five current exhibitions at the museum that explore the past, present, and future of design.

“The Road Ahead: Reimagining Mobility”
How about a bit of futurism? “The Road Ahead,” which runs through March 31, features 40 design projects that offer visions on how we might move around the globe in the years to come. Arup, Höweler + Yoon, IDEO, Toyota, and Waymo all contributed to the exhibition, which serves to show how design and innovation will impact our lives over the next several decades and beyond.

“Iridescence”
Running through Oct. 27, “Iridescence” is a mesmerizing exhibition of — you guessed it — iridescent objects from various periods of history. Housed in the incredible Teak Room, which is worth visiting regardless of what is inside of it, these swirling, pearlescent pieces are a wonder to behold.

“Scholten & Baijings: Lessons from the Studio”
This interactive exhibition, which runs through May 19, features creations from the acclaimed design studio Scholten & Baijings, accompanied by illuminating commentary from the designers themselves. Visitors can examine several of the pieces close up, and can explore how color is used in industrial design at two color stations.

“Immersion Room”
You have never seen wallpaper like this before. In a wholly interactive space, visitors can access Cooper Hewitt’s collections of wallpaper designs and patterns and see what they look like when projected onto the walls of Margaret Carnegie’s old bedroom. In addition to exploring the wallpaper archive, you can design your own patterns, as well.

“Moustiers Ceramics: Gifts from the Eugene V. and Clare E. Thaw Collection”
As the story goes, and as the Cooper Hewitt explains it, “When King Louis XIV issued a series of edicts requiring French nobility to melt their silver table services to fund French war efforts (from 1689 to 1709), faience manufacturers were quick to provide ceramic services instead.” What resulted was an influx of delicately beautiful, unique, ceramic creations that grew wildly influential throughout the region and beyond. This exhibition, which runs through May 27, features nearly 60 creations from the period.