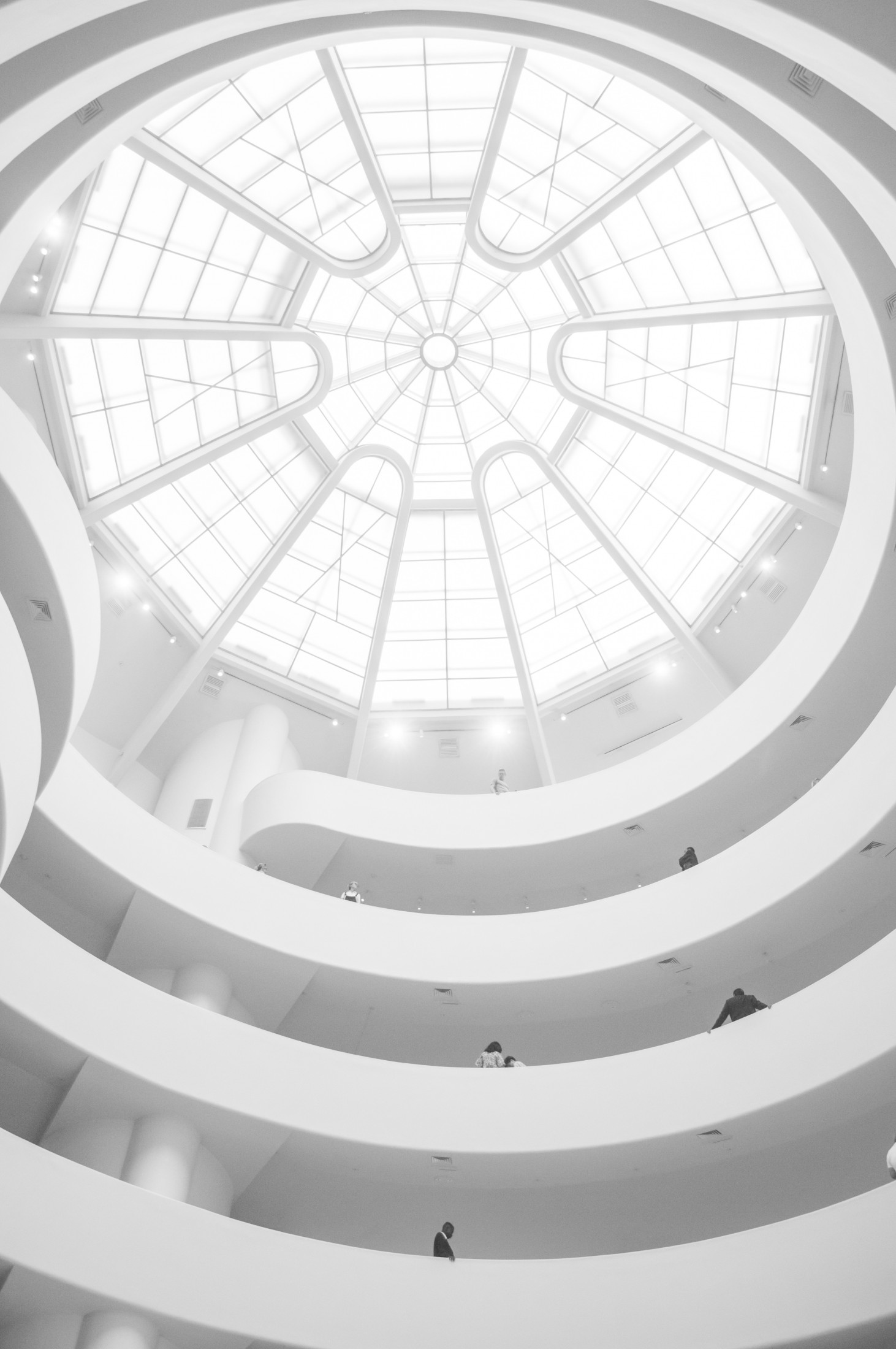 New York City is widely known for its extreme lack of slumber; the place never even takes a nap. NYC earned the “city that never sleeps” moniker because there is always somewhere to go and something to do here. With that said, the Upper East Side has carved out its own signature niche in the Big Apple, as it’s hard to find a neighborhood with a more expansive palette. From the arts to cuisine, to all that lies between the two, the neighborhood is brimming with possibilities. And fortunate residents of The Kent condominiums will find themselves right in the thick of it in 2018. What follows are some of our favorite locales in the Upper East Side of NYC:

The Guggenheim
Just a few blocks from The Kent sits the Solomon R. Guggenheim Museum. Designed by Frank Lloyd Wright in 1959, the building, with its stacked, cylindrical facade is a modern architectural marvel. It’s an experience just to look at the building from the outside; the Guggenheim is a miraculous piece of art that also houses an incredible array of historical and contemporary art. And the interior ramp makes it just about the most intuitive, unique museum-going experience there is.

Jewish Museum
The collection of the Jewish Museum, which was founded in 1904, consists of nearly 30,000 pieces of, as they explain it, “art, ceremonial objects, and media reflecting the global Jewish experience over more than 4,000 years.” It’s a stunning look into the history and breadth of the Jewish culture.

Cooper Hewitt
The Cooper Hewitt Smithsonian Design Museum, which is housed in the beautiful Andrew Carnegie Mansion, features one of the most diverse collections of design objects and artifacts. From independent modern creations to historical icons and everything in-between, if you’re interested in any form of design, you’ll find a host of exhibitions to love here.

Quatorze Bis
Quatorze Bis is a classic French bistro with a warm, inviting atmosphere. Their oysters are fresh and flavorful; their bouillabaisse is amazing; and their goat cheese salad is rather famous. They also know their way around spirits, as their cocktails are sophisticated and well-prepared. A night here is about as close as you’ll get to a night in Paris without actually going to Paris.

Candle 79
Candle 79 is a stellar vegan restaurant, and it’s also in the running for being one of the best restaurants overall in New York City. Their fare is vibrant and creative, and the atmosphere is quaint and colorful; if you’ve ever been interested in trying a vegan restaurant, start here. Their pomegranate-BBQ seitan skewers are sweet and delicious; their wild mushroom and butternut squash ravioli is silky and amazing; and their empanadas are top-notch.

Sushi Seki
Sushi Seki is well-known on the Upper East Side for a good reason; their sushi is fresh, buttery, and inventive. Try the seared salmon, the spicy scallops, and their kanpyo squash rolls, or really anything else on the menu; every selection here sings. The atmosphere is certainly high-end with a rich modern aesthetic; it’s an ideal choice for a special evening out.